Is PSF for me?

MSIX's Package Support Framework was released yesterday. As this is an initial blog, I am penning down some points to touch base on basic questions around PSF

1) Who is PSF for?
2) Who can create PSF fixups?
3) What skills are needed for developing compatibility fixups?
4) Where is this technology likely to lead few years down the line?

I am sure many of you must be having these questions in mind. Having worked on a very similar product at Cloudhouse, I'll try to answer some of the basic questions to give you a quick start on the skills needed to try your hands at this new framework. I am sorry for disappointing those of you who were expecting a technical blog. We will dig into the tech details in subsequent posts.

As always, a disclaimer first. These are my personal views based on my experience and don't reflect the opinion held by Cloudhouse or Microsoft.

MSIX PSF - Promise of a New World for Migrants (apps)

At MS Build 2018 (on 8th May), MSIX was launched with a promise of the new world (Win10) for the old legacy apps. I was one of the few partners who got a first-hand session from MSIX developers at a 2-day summit in Redmond before Build conference. At Build, the Windows team disclosed details of MSIX components including the Package Support Framework (PSF).

In this blog, we will take a closer look at what was revealed during the session at Build 2018 and do a technical dissection to see what this might lead to in future. I'll be interpreting PSF based on my experience of working with a similar software. So, few things might seem to be as if I am reading between the lines. As PSF isn't released yet, this write-up will touch base on basic concepts only. Once it gets released, I'll post subsequent blogs getting into details.

DISCLAIMER :
First, a disclaimer; although my day to day job involves working on similar tech at Cloudhouse and I work very closely with Microsoft's MSIX team; blogs published here don't reflect the opinion of Microsoft or my employer. I've launched this website as a community initiative to share my views and spread the word about MSIX PSF. Hence I'll be penning down my knowledge and experience on fixing legacy apps without violating my NDA. 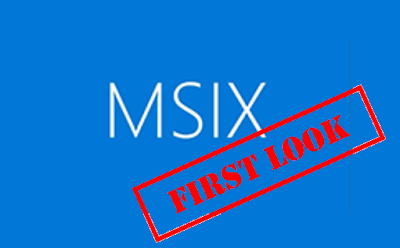 Finally, the suspense around MSIX has come to an end! Since its announcement on Windows Developer Day in March; there were many speculations around this new file format (including one by me). I was among very few technology partners who were invited to attend a 2 days packaging summit at Microsoft last week. We got a really detailed first-hand briefing by the MSIX developers. Now that it has been presented at Build2018 yesterday, I am free to write my thoughts on it in the public domain. So, here I am penning down few points which caught my eye along with my 2 cents worth of opinion on where it will be successful and which areas need a little more thought. Let's get started with some good news first. 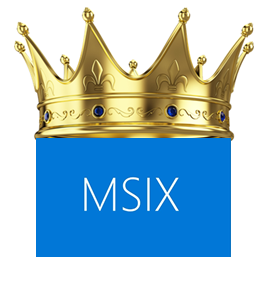 This is the second and final part of the series "MSIX - The New Land Registry System". Let's continue our journey from where we left in Part1; covering rest of the story

We will end this blog with my forecast on the newly crowned King - MSIX. There are lots of things to cover in this part so the blog will be a little lengthy. But I'll try to keep it as short as possible (yeah, I don't like lengthy blogs either). For those who want to read these topics in detail, I'll provide relevant links to Microsoft's website. Right, so let's get started with AppX first. 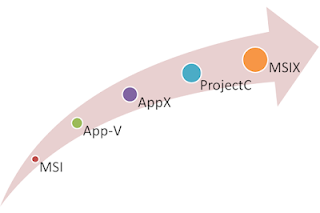 In this blog series, I am penning down very crucial technical issues which lead to MSIX using a land registry system's analogy. Yeah, I know this sounds silly but I like comparing technology with day-to-day systems as the human brain's logic always remains the same. In this first post (part 1), we will discuss the issues with old style MSIs which lead to a new way of containerizing applications. In my next post (part 2), we will explore what challenges this new approach possessed and how it eventually evolved into MSIX.

This is a vendor-independent, adhoc industry group formed to facilitate adoption of MSIX's Package Support Framework (PSF). I've created it as a community initiative to spread the knowledge and share my experience on fixing app compatibility issues. The information published here are my personal views and don't reflect thoughts of my employer.
- Priya Saxena